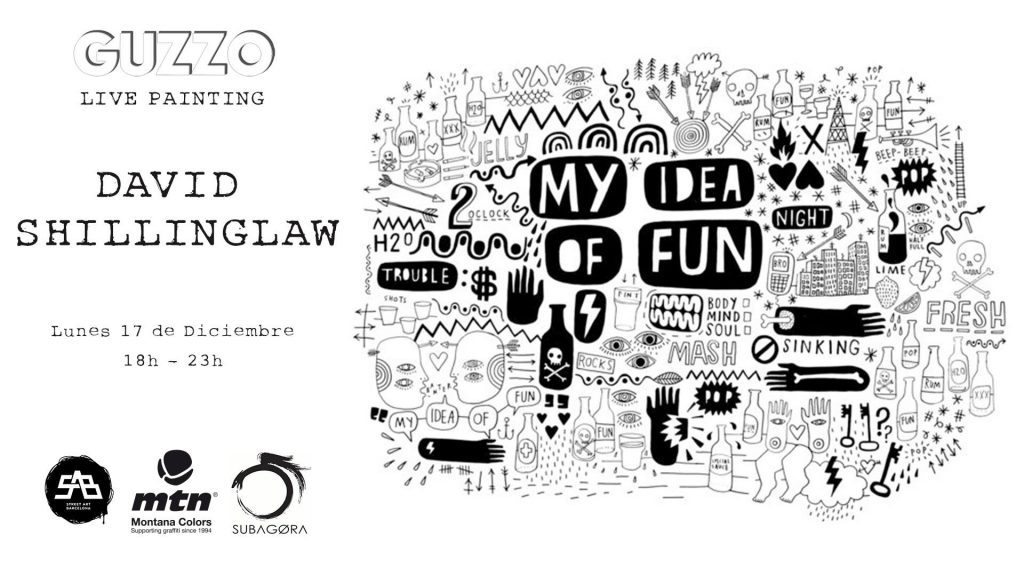 Born of British parents in 1982 in the Middle East, David has never stopped since then traveling and transmit his experiences through his art. His work moves between street and studio, to paintings on canvas, and large scale wall murals. He has exhibited in galleries in Japan, China, The Gambia, Holland, and key cities such as NY, London, Berlin, and Istanbul. He will be painting in live for the first time in Barcelona in Guzzo on 17th December, a partir de las 18Hrs! 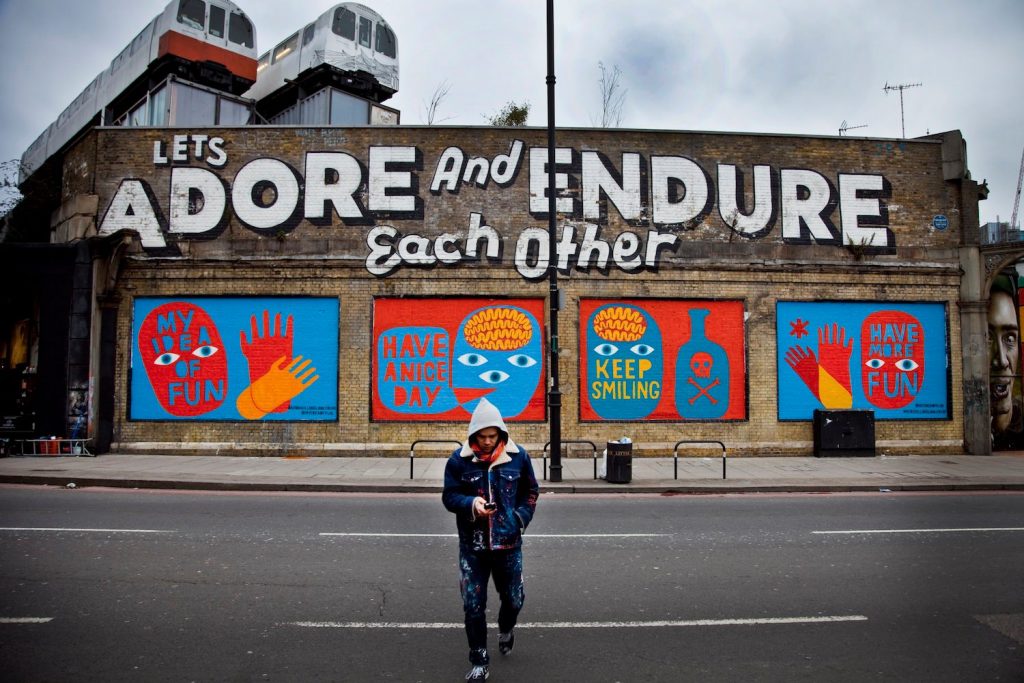 “David is a mind adventurer, where the left half of the brain explores the right one. Unanswered, impulsive, instinctive and restless – David doesn’t paint or draw, he creates time. Evident in all his work is that David Shillinglaw is not afraid to humanise his art. He incorporates the perceptual concern of his journey as a man with his own sense of humour. The result is a powerful and fresh interpretation of everyday reality. His art has the appeal of Pop but a friendly, subtle, self effacing Pop that presents the ordinary and delights the viewer when he shows that you have your best conversation with yourself”.
-Jaybo Monk